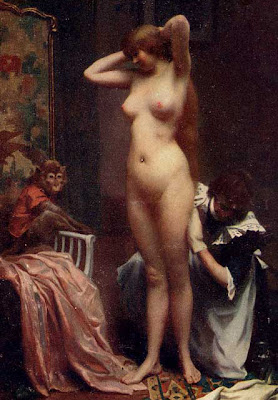 Eros!
Now I am lost, he thought, and from that moment on he was. 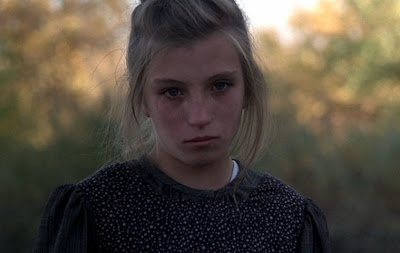 The devil just sittin' there laughing. He's glad when people does that. Then he sends them to the snakehouse. He just sits there and laughs and watch while you're sitting there all tied up and snakes are eating your eyes up. The snakes go down your throat and eat all your systems up.
I think the devil was on the farm.


The sun looks ghostly when there's a mist on the river and everything's quiet. I never knowed it before. And you could see people on the shore but it was far off and you couldn't see what they were doing . They were probably calling for help or something or they were trying to bury somebody or something. We seen the trees that the leaves are shaking and it looks like shadows of guys that are coming at you and stuff. We heard owls squawking away hooting away. We didn't know where we were going and what we were going to do. I'd never been on a boat before. That was the first time.
Some sights that I saw was really spooky that it gave me goosebumps. I felt like cold hands touching the back of my neck and, and it could be the dead coming for me or something. I remember this guy his name was Blackjack, he died. He only had one leg and he died. And I think that was Blackjack making those noises.


This girl she didn't know where she was goin' or what she was gonna do. She didn't have no money or nothin'. Maybe she'd meet up with a character. I was hoping things would work out for her. She was a good friend of mine.


Linda Manz in 'Days of Heaven' 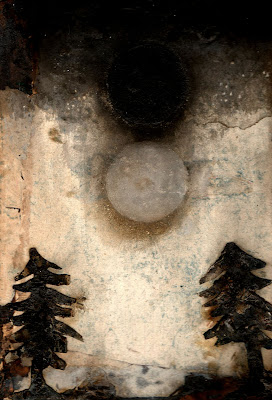 I hold against all modern religions that they have provided their believers with consolations and embellishments of death, instead of giving them means, in their heart, of living with it and coming to an understanding with it. With it, with its entire unmasked harshness: this harshness is so tremendous that precisely with it the circle is closed: it leads back to the extreme of a gentleness that is great, as pure, and as perfectly clear (all comfort is murky!) as we have never suspected gentleness to be, not even on the sweetest spring day. But toward the experiencing of this deepest gentleness which, if only some of us felt it with conviction, could perhaps gradually penetrate and make transparent all the circumstances of life; toward the experiencing of this richest and most wholesome gentleness humanity has never taken even the first steps - unless it be in its oldest and most unsuspicious times - the secret of which has been almost lost to us. Nothing else, I am sure, was ever the content of the 'initiations' but precisely the communication of a "key" that made it possible to read the word "death" without negation. Like the moon, so surely life has a side that is continually turned away from us, which is not its opposite, but rather its completion to perfection, to fullness, to the whole and full sphere and globe of being.
One should not fear that our strength would not be sufficient to endure any experience of death, even though it would be the nearest and most terrible; death is not beyond our strength, it is the measuring mark of the brim of the vessel: we are full whenever we reach it - and being full means being heavy...that is all. I do not wish to say that one should love death; but one should love life so magnanimously, so without calculating and selecting, that love of death (the turned-away side of life) is continually and involuntarily included - which actually happens invariably in the great motions of love, which are impetuous and illimitable....It would be conceivable that death stands infinitely closer to us than life itself....What do we know about it?


And love too, which mixes up the numbers between people for a game of nearness and distances, in which we enroll only insofar as the universe seems so full and there is space nowhere but in us. Love too takes no account of our categories, but snatches us, trembling as we are, into an infinite consciousness of the whole. Lovers do not live by the segregated Here; but as if a separation had never been undertaken, they lay hands on the tremendous possession of their hearts. Of them one can say that God becomes truthful to them and death does not harm them: for they are full of death in being full of life.
- Rilke, Letter to Lotte Hepner (1915)