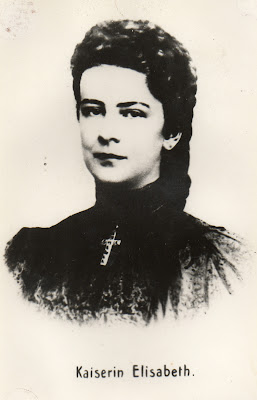 There on the pier, stabbed by an ice pick, the Empress Elizabeth, symbol of the oldest European monarchy, which must die at the villainous hand. The contemptible Lucheni raved about making noise and killing someone in the public eye. But it was really the enduring vagabond melancholy of Elizabeth Wittelsbach that, in the mysterious dialogue of souls, summoned the madman to Geneva from Piedmont and anointed him as her assassin. For that matter, even the Italian government was a Lucheni. (Perhaps in its death wish, Vienna itself summoned him.)

- Guido Ceronetti, The Silence of the Body